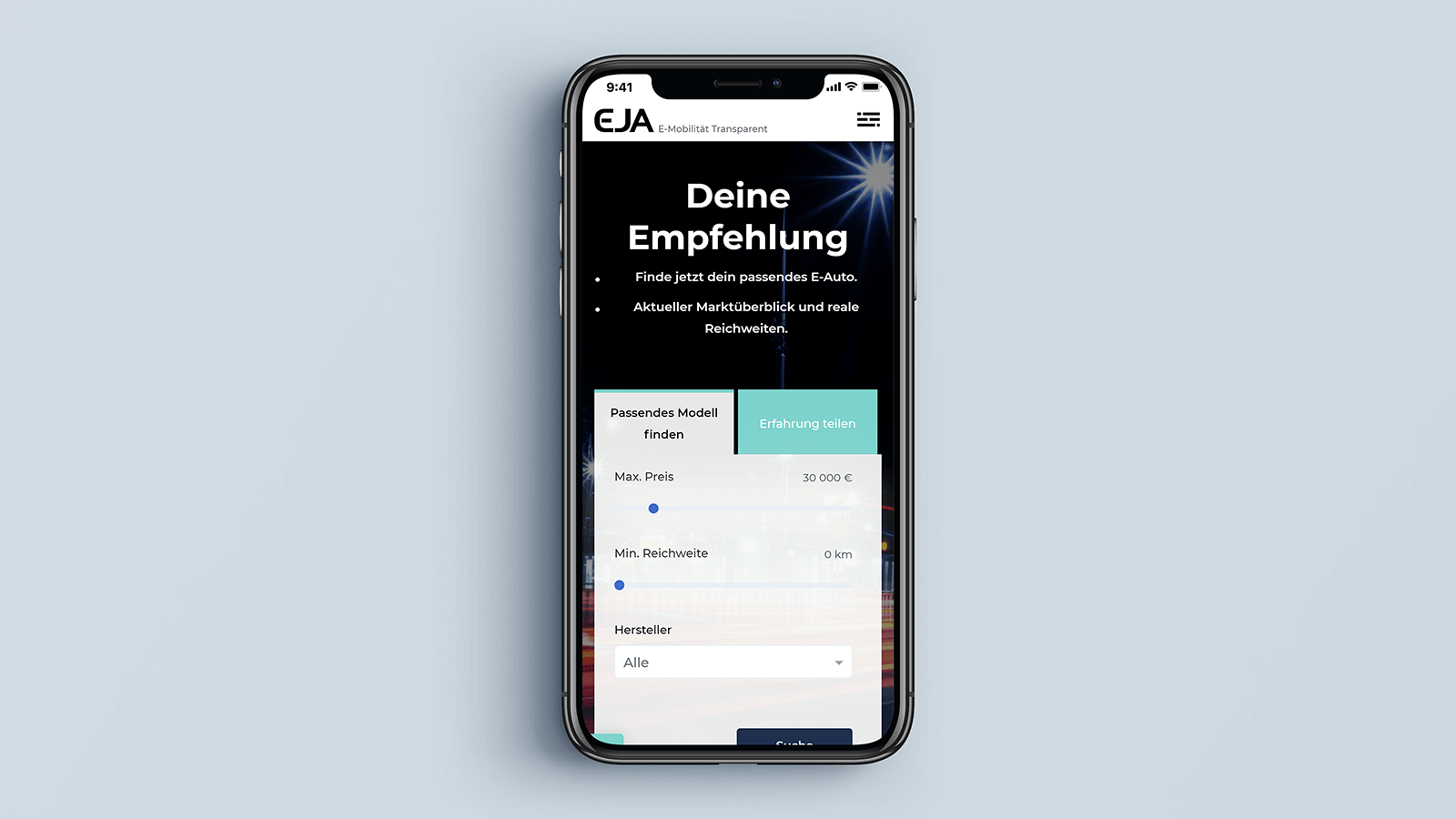 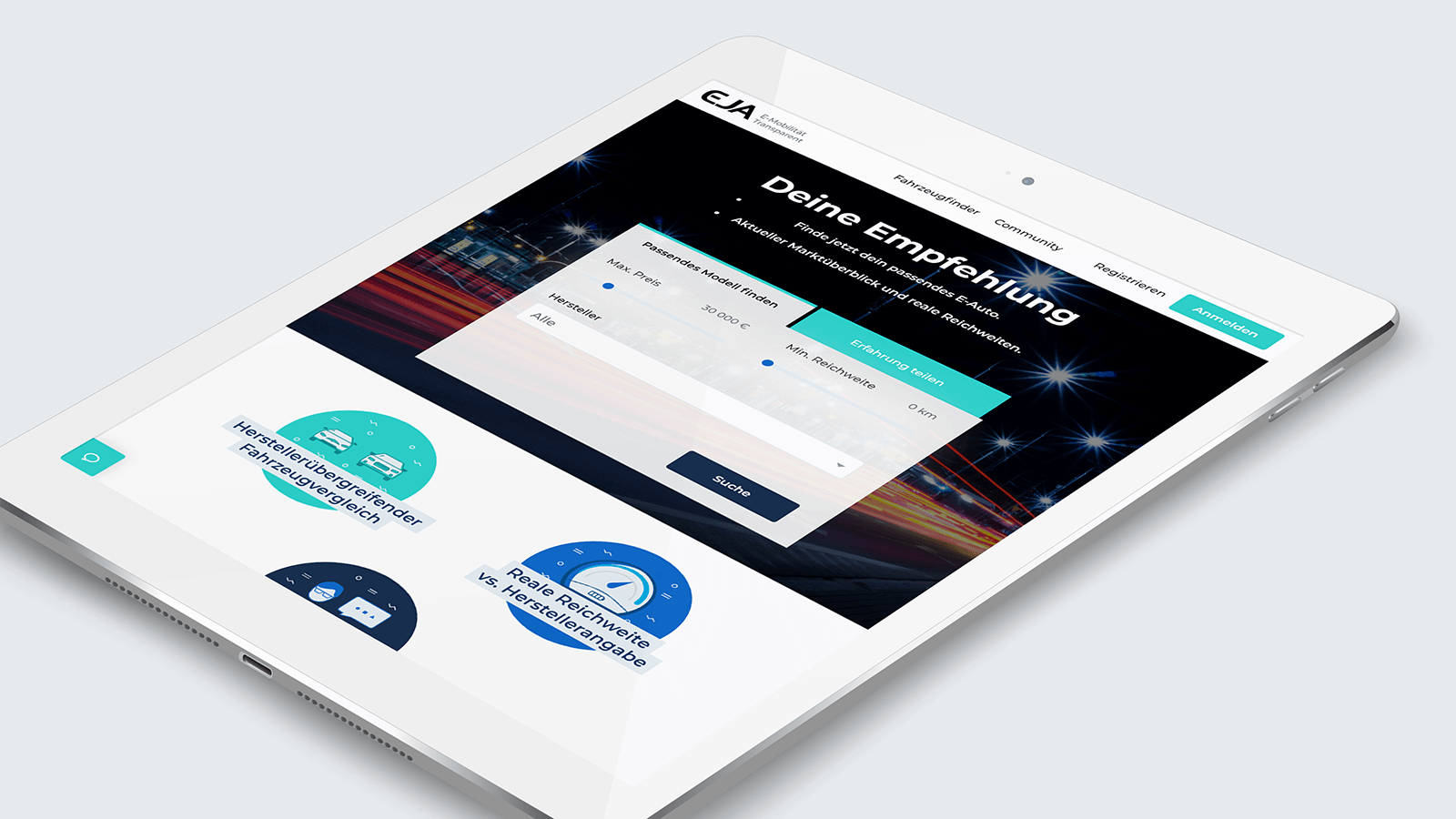 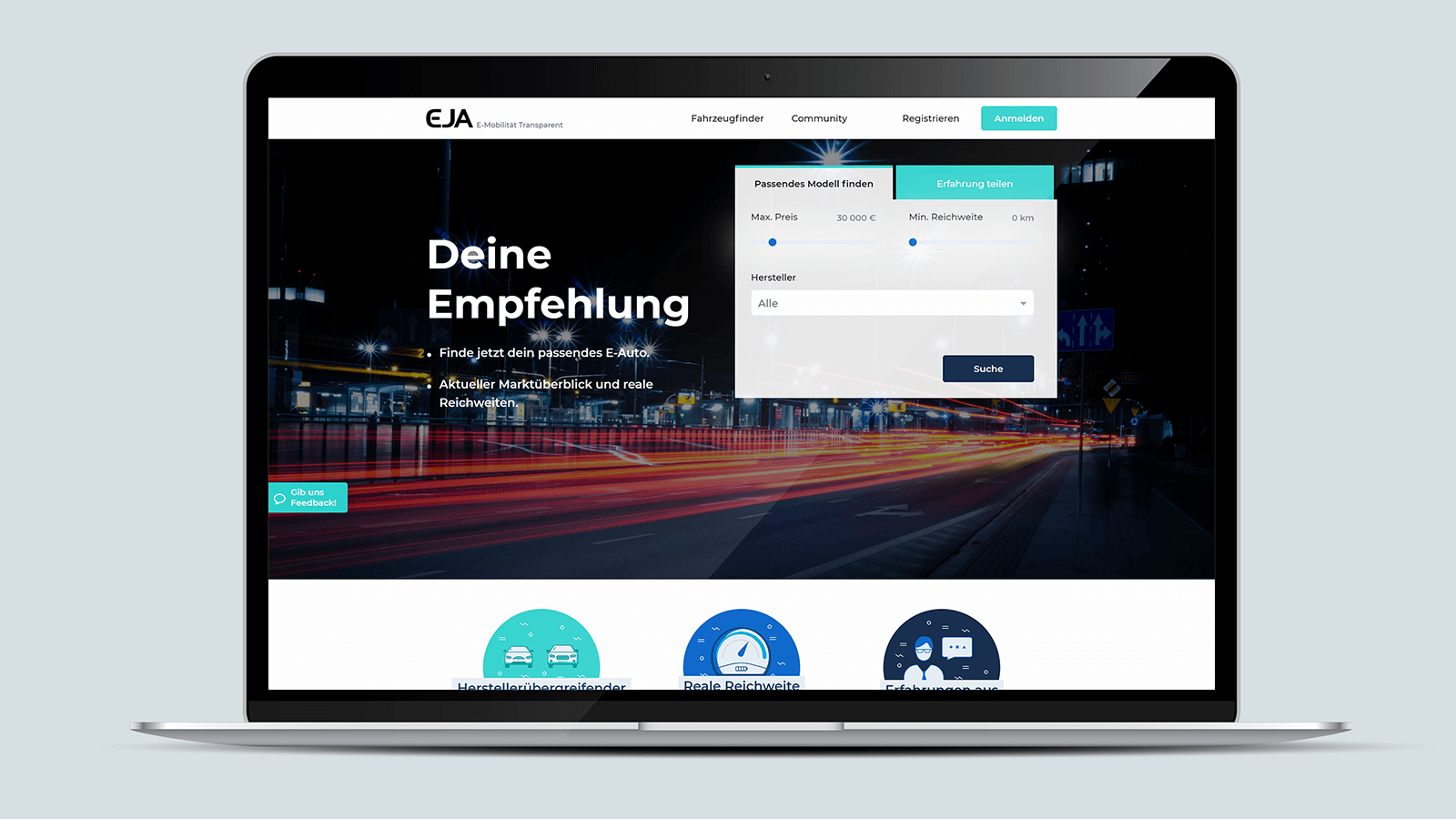 Goal of the Project

We worked with an internal innovation lab for an industry leading automotive company to develop an existing idea into a minimum viable product (MVP). The idea was an e-mobility platform for electric car owners and enthusiasts to compare cars and driving experience. To avoid spending too much time or resources in developing the MVP, the organisation sought an external team to execute.

As the project was based on an existing idea in the corporation, we were able to draw on a lot of user research to define the requirements with the team and dive straight into UX and visual designs for the platform. The tech build was then implemented step by step to test each new feature separately before integrating user feedback into the next iteration. Our rapid prototyping approach of build, test, iterate meant we could deliver the MVP a lot quicker than their internal team while still integrating their input throughout the build.

Through daily meetings and weekly check-ins with the client, we were able to build the website through a series of sprints. Following a Scrum framework, team members worked in a self-directed fashion with a project manager and each test was presented to the client for approval and feedback.

We delivered a fully functioning MVP which was put forward by the internal innovation lab for further development within the corporation. Although it was decided not to continue with the project, the value of the MVP is not diminished as it was vital in allowing the organisation to make an informed decision. The saved costs and resources in developing it were an added bonus.